Check out our free online course that takes you through every step needed to have an incredible law firm website!

Becoming a Lawyer at a Later Age | 5 Benefits

​​The purpose of cross examination is twofold. First, you want to nuke the other side's direct examination (i.e. the story that they are trying to tell the jury). Second, you want to simultaneously tell your client's story ​​while you're poking holes in the witness' testimony.

​To do this, you need to incorporate a version of the following question:

As I explain in the above video (check it out if you haven't yet!), this question (or a version of it) is simple and EXTREMELY powerful!

Breaking News: Simple and powerful is the secret sauce to ​making an impact with a judge or jury! 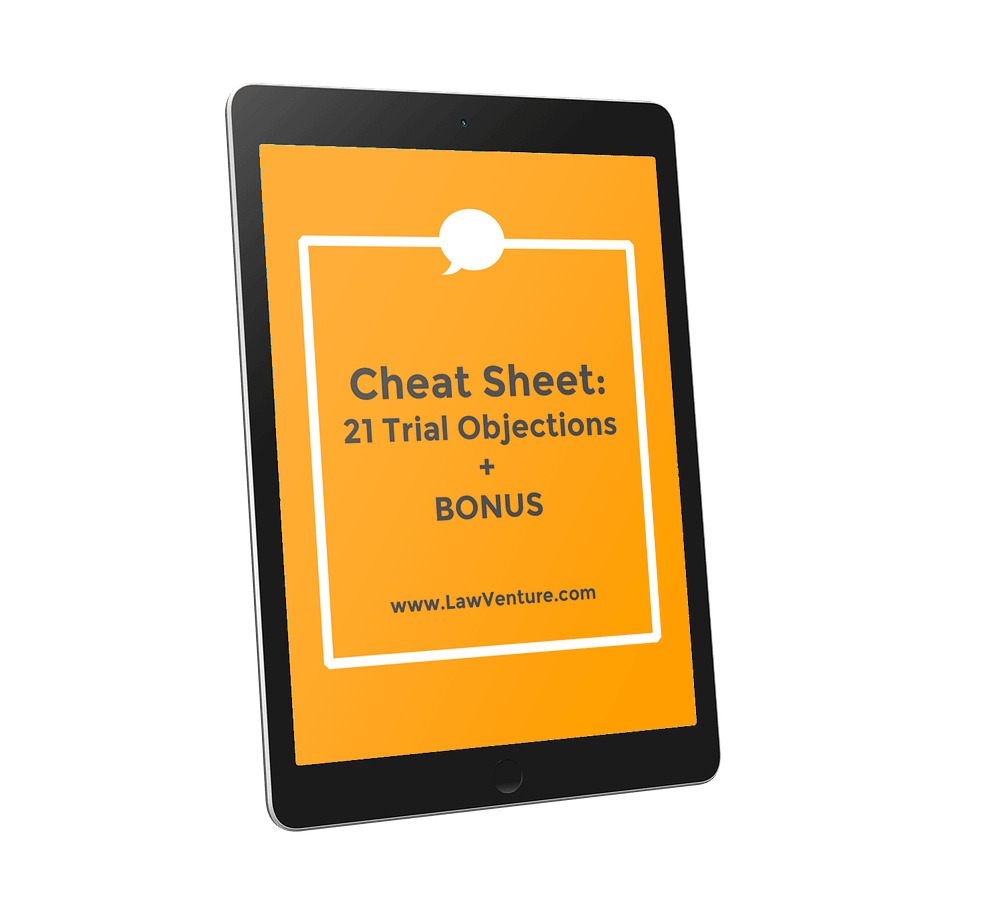 ​​Enter your email below to get your FREE copy sent directly to you!

​On direct examination, the witness will most likely spend most of the time ​testifying about events or simple facts.

For a simple example, ​let's say that we represent the Plaintiff in a car-wreck case.

And the Defendant gets on the stand and on direct testifies to the following:

These facts alone are very basic and can simultaneously tell a number of different stories, which can result in each jury member developing their own individual idea of what happened (not good!).

​The beauty of cross examination is that we can set the story straight for all of the jurors while showing the issues of the testimony.

To do this, we can ask a number of different kinds of questions. But, the most important question will be the one that locks down the fact that the Defendant chose to drive behind the Plaintiff at a distance that resulted in the wreck.

Here's how that can go:

Question #1: ​You were driving behind the Plaintiff prior to the wreck, correct?

Q2: ​You also saw the Plaintiff's car coming to a quick stop, correct?

Q3: ​And you tried to stop your car when you saw Plaintiff's break lights?

Q4: ​Given the distance between the two cars, you couldn't stop quick enough to prevent the wreck?

Q5: ​And ​you were the one who chose to drive behind the Plaintiff at the distance you were driving, correct?

​There's something very important with the above example that I want you to see.

Notice that Q4 and A4 may make it seem to the jury that the collision was inevitable. Thus, the jury could determine that the driver was not at fault -- just bad luck.

But, when you take the question one step further, you can show the jury ​that ​the Defendant couldn't stop in time because the Defendant made the ​choice to drive too close to the Plaintiff.

That's how you nuke a direct and tell a story at the same time.

​Personally, I wouldn't stop with Q5 and would further lock down that the Defendant unnecessarily put the Plaintiff in a ​high-risk situation. You can see how to do that here or by watching this video here.

​Here are some other cross-examination examples for different areas of law that you may find helpful:

Chose to drink x amount of drinks and chose to get behind the wheel of a car despite the increased risk of a wreck.

Chose not to consider certain evidence.

Chose not to go to the child's ​doctor appointments.

While ​failing to include this question is not the biggest mistake you can make on cross examination (check out this video), ​why not put this weapon in your arsenal?

So for your next cross examination, be sure to work in the question that confirms that the witness chose to do the wrong thing.

​​By presenting these bad choices, you're one step closer to nuking the witness' testimony.

​And if you found this to be helpful, then be sure to check out Trial Ad Academy (see below), which is an online course of mine that goes through all of the stages of trial in much greater detail.

​Ready to master the courtroom?

CHECK IT OUT NOW

The Two Types of Jurors