What is a hearsay objection?

Believe it or not, hearsay actually serves a very legitimate purpose.

To help simplify hearsay, this post is going to be a general overview of hearsay evidence. That way you can see the big picture before we starting getting into the weeds of hearsay.

With Federal Rules of Evidence - Rule 801, we can see several critical hearsay definitions.

"Hearsay" means a statement that (1) the declarant does not make while testifying at the current trial or hearing; and (2) a party offers in evidence to prove the truth of the matter asserted in the statement. 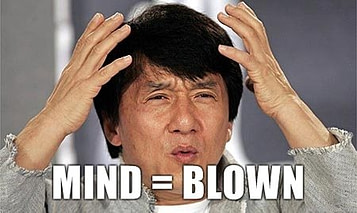 Yup... there's a lot going on. If your mind is already melted, then don't worry because that's normal.

Notice that I bolded some key phrases in the hearsay definition.

So let's now unpack those one by one.

Statement definition in FRE 801(a).

"Statement" means a person's oral assertion, written assertion, or nonverbal conduct, if the person intended it as an assertion.

This definition tells us that a statement can potentially be hearsay if the statement is intended to be an assertion.

Therefore, if a person says something, writes something, or physically indicates something... AND intends to make an assertion, then that person has made a "statement" under FRE 801(a).

Declarant definition in FRE 801(b).

“Declarant" means the person who made the statement.

I always associate "declarant" with Michael Scott (anyone else think of this episode of The Office or is that just me?). So I'll be using him with my hearsay examples.

The important distinction to make with declarant is that hearsay involves out-of-court statements made by a declarant... who is out of court (obviously...).

For example, if Dwight Schrute is on the witness stand and testifies that Michael Scott said "there was a murder in the Office" (pun intended...), then Dwight is your witness (in-court statement) and Michael is your declarant (out-of-court statement).

Now let's say that Dwight is on the witness stand and testifies that he told Michael "there has been a murder." In other words, Dwight is quoting himself while he testifies. Accordingly, he is the witness AND is the declarant once he quotes his out-of-court statement.

Spoiler alert: quoting yourself can also raise a hearsay objection.

Want to Conquer the Courtroom?

"The truth of the matter asserted."

There's no denying that this is a super awkward phrase.

Dwight is on the witness stand and testifies to Michael Scott saying, "there has been a murder."

Is there a statement? Yes.

Is there a declarant? Yes.

Is the statement being offered to prove the truth of the matter asserted? Maybe.

On the other hand, if Dwight is using "there has been a murder" to simply prove that Michael was at work that day and spoke to Dwight, then Dwight is not trying to use the statement to prove there was a murder. Therefore, he's not offering it for the truth of the matter asserted.

Summary of the hearsay definition.

In short, if there is an out-of-court statement made by a declarant that is trying to be brought into evidence and the statement is being used to prove the substance of the statement, then it may be hearsay.

The Federal Rules of Evidence can keep you on your toes and FRE 801 is no exception.

So be sure to note that FRE 801(d) describes statements that would qualify as nonhearsay, which means that those particular statements were never hearsay to begin with.

THIS IS A SUPER IMPORTANT DISTINCTION.

Nonhearsay is not the same as a hearsay exception.

With nonhearsay, the out-of-court statement was never hearsay to begin with under FRE 801(d).

But with a hearsay exception, it was hearsay and an exception had to apply in order for the hearsay evidence to be admissible.

Therefore, it is much easier to get statements admitted into evidence if they were never hearsay to begin with.

In other words, be sure to determine whether a certain statement qualifies as nonhearsay or hearsay before making an argument to the judge.

So why are we talking about hearsay to begin with?

Well as you can probably tell, hearsay is inadmissible evidence according to FRE 802.

But, be sure to note that FRE 802 allows for hearsay exceptions if prescribed by the federal rules of evidence, federal statute, or by the Supreme Court of the United States.

And if you can understand the purpose and meaning behind hearsay, then hearsay as a whole will make much more sense.

Allowing all hearsay would render most of cross examination useless.

So while hearsay may be complicated, it serves a genuine purpose -- to ensure that facts can be scrutinized so that the jury can see the truth.

At the same time, not all hearsay is bad hearsay.

Here's where we are at. An out-of-court statement is most likely going to be nonhearsay or hearsay.

And if it's hearsay, then you need to determine whether an exception applies.

To do that, you'll want to get real comfortable with Rule 803 and Rule 804 because these are the exceptions to hearsay.

Since this is an overview, I won't spend time going through each hearsay exception (there are a lot of them!). Just be sure to note that FRE 803 is going to apply under all circumstances and FRE 804 may end up applying if the declarant is unavailable.

It's worth pointing out the meaning behind these hearsay exceptions, which is that the exceptions apply because the rules of evidence assume the statements are valid.

In other words, the rules of evidence have carved out hearsay exceptions because a hearsay statement can potentially be made under credible circumstances.

As we talked about earlier, there is a serious need to keep hearsay statements out of evidence because a declarant could strategically make an out-of-court statement (that may not be truthful) so that their friend, family, or whoever wins the case. And the other side would have no way to cross examine the declarant and poke holes in the statement.

But, there are times when hearsay statements are made under circumstances that make the statements genuine.

For example, with excited utterance, there is an assumption of validity when someone who makes a statement in a split second after something exciting happened.

With this exception, there wasn't enough time for the declarant to strategically make a statement for trial because the statement was essentially an immediate reaction to something. As such, the statement is most likely a valid one that doesn't need to be stressed test with cross examination.

FRE 805 mentions that you can have hearsay within hearsay.

In fact, you can theoretically have an infinite amount of hearsay if someone is quoting someone quoting someone... and so on (hence the Inception meme above).

Here's a real life example that I pulled from a crash report:

There are a lot of potential "hearsay within hearsay" instances with this example. But, let's just focus on one of them.

Notice the portion that says "I then spoke to the driver of Unit 1 who stated that he was in the shoulder to make a U-turn."

By the way, Unit 1 is the defendant in the case.

Anyways, this portion of the crash report is a perfect example of potential hearsay within hearsay that would trigger Rule 805.

The first level of potential hearsay is the report itself made by the police officer. Therefore, if this report qualifies as hearsay and an exception doesn't apply, then you will not even have the opportunity to try to introduce the defendant's statements.

But, for the sake of this example, let's say that a hearsay exception applies.

In that case, you then need to determine how you are going to get in the defendant's statement that "he was in the shoulder to make a U-turn."

Fortunately, this statement by the defendant would qualify as party opponent, which is nonhearsay under FRE 801(d)(2)... which was never hearsay in the first place... which means that this entire example was actually nonhearsay within hearsay.

Again for the sake of this example, if the statement was made by the witness (not the defendant), then you may need to find an exception because that would then be hearsay within hearsay.

In short, if you are trying to introduce an out-of-court statement into evidence and there are layers of potential hearsay on top of it, then you need to start with the top layer and start digging your way down with exceptions or nonhearsay.

FRE 806 - Attacking and Supporting the Declarant.

This the hail mary exception and is basically going to be your last chance to get a hearsay statement admitted into evidence. Be sure to note that you have to satisfy all of the elements of Rule 807.

Hearsay doesn't have to be super confusing. As long as you prepare in advance of trial to argue whether a statement is non-hearsay or an exception applies, then you'll be miles ahead of most lawyers.

Once you start feeling comfortable with hearsay, then be sure to check out the 7-Step Process for Analyzing Hearsay.

Want to Conquer the Courtroom?

The Present Sense Impression Exception to the Hearsay Rule

The Present Sense Impression Exception to the Hearsay Rule

Top 10 Objections in Court | Get Ready for Trial

Top 10 Objections in Court | Get Ready for Trial